The chimney crown is the layer of concrete sitting on top of the last row of brick, and its purpose is to shed water away from the chimney. It’s normally 3″-4″ inches thick and starts high around the flue liner then slopes down to the edge of the bricks. The chimney crown is the first line of defense for the masonry, once the crown fails the chimneys become prone to leaking, and the masonry below will soon fail after. 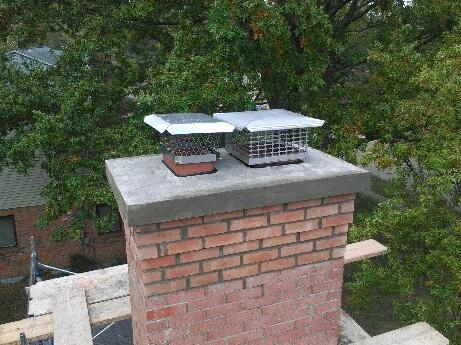 Floating cast concrete crowns are a great option when rebuilding a chimney crown with a leaky history. This type of crown does not make contact with the bricks below it. We install a stainless steel sheet over the bricks then pour the concrete on top. This ensures that the crown will not leak.  If the water penetrates the crown, it will shed off of the stainless steel sheet underneath. The casting for the crown gives it a 1 1/2” overhang past the bricks below to give it a drip edge so water does not run down from the crown.  Be sure to read this article about a floating cast concrete crown that we installed in EllithEllicott City, MD.

How to install a floating cast concrete chimney crown 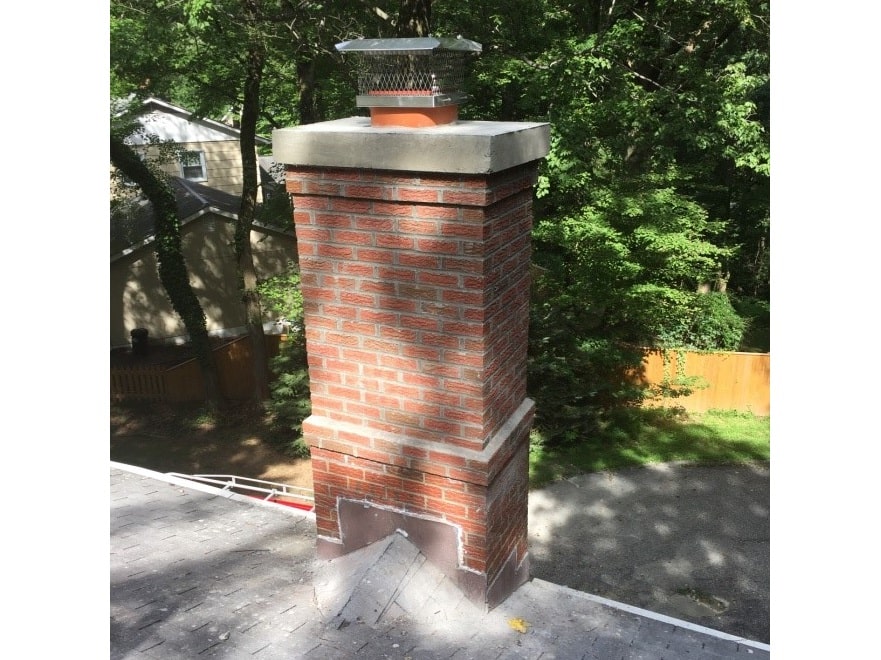 This chimney in Takoma Park, Maryland had a severe leak issue. The right side of the chimney is pretty much hollow below the soldier course and every time it rained water would leak into the ceiling next to the fireplace. The homeowners had the crown rebuilt and repaired by different companies, but it still leaked. The last thing done to it was a crown sealant the cracked, peeled and failed. They even had the chimney tuckpointed and waterproofed in hopes that it would stop the leak, but it didn’t. When I came out for the site visit, I determined that the problem was the crown and my recommendation to them was to do a floating crown.

Here we have the forms for the crown built with 2×4’s and 2×6’s. The stainless steel sheet is in place. The pink foam around the flue liner is for the expansion joint, and the rebar is set but not raised yet in the picture to the right.

Here you can see that the crown has the overhang around the chimney and is about 4″ thick at the edge.

** The tuckpointing repairs on this chimney were performed by another company before All Pro Chimney Service repaired the crown.