A chimney sweep is a common task that involves cleaning the inside of your chimney. Each time you light a fire in your fireplace, soot and creosote build up. Even when you’re not using your fireplace, it’s possible for debris to accumulate or an animal to build a nest. A professional chimney sweep will be able to take care of the problems for you.  Some homeowners in the Washington DC Area make the mistake of not hiring a chimney sweep every year.  Failure to hire a chimney sweep can have dire consequences.  In some cases, not getting your chimney cleaned can lead to chimney repairs that cost more than they would have if the problems were discovered sooner.  In other cases, it can lead to chimney fires.  Every home with a chimney should have their chimney cleaned every year. 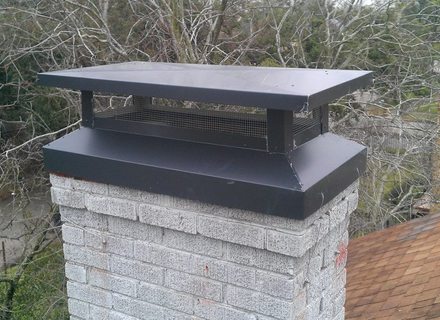 Learn About Chimney Problems Early On

No matter how involved you are in the care of your home, problems eventually occur. It’s up to you to catch them early before they become more problematic. When chimney and fireplace problems continue over an extended period, the cost of chimney repairs can increase exponentially.

There are all sorts of problems that a professional chimney sweep can catch during their cleaning:

Whatever problem you have, you want to learn about it quickly. It will allow you to take action, so you don’t encounter major problems within your home. For example, if there is an obstruction in the chimney, it could send toxic fumes directly into your home. This could lead to respiratory problems for you and your family as well as the potential for a fire.

Another problem is in the brickwork. If you neglect your chimney, it could slowly learn, crumble, and even collapse. You want to make sure that water isn’t penetrating the chimney system at all. IT is essential to repair damaged mortar and replace bricks as soon as they start showing signs of deterioration.

Soot from last year’s fires could also break down the mesh that you have on your chimney. If this happens, you run the risk of animals getting inside. Plus, the mesh will slowly start to erode. If you need replacement mesh – or other replacement parts, you need to know about these things right away. You don’t want to end up calling for chimney repairs when you want to be using your fireplace the most.

You can avoid having to replace your entire chimney by merely making sure a professional takes a look at it from time to time. Their insight could be just what you need to enjoy peace of mind throughout the entire winter season.

Are animals living in your chimney?

Your chimney is an entrance into your home. Throughout the warmer months, all sorts of critters might choose to enter your stack and stay there. These could be anything from spiders to squirrels to birds. If you don’t know they’re up there, you could quickly start a fire in the fireplace and suddenly find that they are scurrying out – and right into your home. This could be disastrous, and near impossible to get under control. You certainly don’t want this happening when you have a house filled with company.

You don’t want to set animals on fire, for obvious reasons. If you have a chimney sweep come out, they can clear out any pests the proper way. They can also show you some of the different ways to prevent the pests from entering in the future. 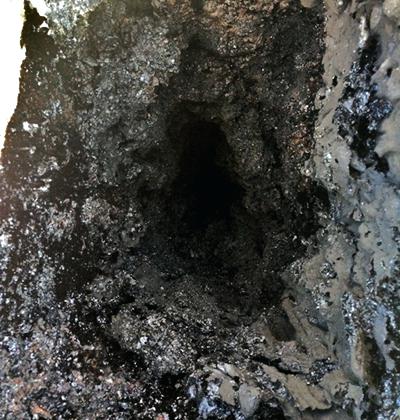 Creosote is the byproduct that comes from burning wood and other fuel in your chimney – and it can be dangerous.  Your goal is for wood to burn as completely as possible. If there isn’t sufficient airflow, there is incomplete combustion. Volatiles form that rise with the smoke. Once the smoke cools, the residue left behind is known as creosote.  Creosote is highly flammable.  Over time, creosote can obstruct the airflow and ultimately cause chimney fires.  Preventing creosote buildup is a significant reason to have an annual chimney sweep performed.

There are three stages of creosote: flaky deposit, tar-like deposits, and hardened creosote.

In the first stage, it’s easy to brush away the creosote.  Things become more problematic when it creosote reaches stage two and three.  A  chimney sweep will take care of all of the buildups.

If you let the creosote buildup past the first stage, it becomes tar-like and eventually hardens, causing significant problems.  Below are some of the issues that can be caused by creosote:

All of these should be enough to justify calling a professional chimney sweep to clean your chimney once a year. You may be getting some of the creosote yourself, but there may be deposits sitting higher in the stack that you cannot reach.  A professional will have the tools to get the job done right.  Some people consider the issues caused by creosote and choose to install a gas fireplace instead of wood-burning.

A professional can also make recommendations on how to get a complete burn that will minimize the formation of creosote in the future.

The reality is that a chimney fire can happen. Often, it is because of a dirty chimney, which means that this is preventable. If you have ever seen the damage that can be caused by a chimney fire, you will want to stay clear of having such a thing happen in your own home.

There are several signs of a chimney fire:

A chimney fire has the potential to be highly explosive. In some instances, flames or thick smoke could even billow from the top of the chimney, being noticed by neighbors. In some cases, you might not even know that a fire is occurring in your chimney. It won’t be until after an inspection that you are told that there was a fire. Meanwhile, you could be causing significant damage to your chimney as well as other combustible parts of your home.

Increase the Life of Your Chimney

Your goal is for your chimney to last a significant amount of time. You want to be able to light a fire in your fireplace with the knowledge that it’s safe for you to do so. Cleaning is a way to keep everything working correctly throughout the entire year. If you don’t focus on the maintenance, you could end up shaving years off of your chimney with each use. Before you know it, you will have no choice but to replace your chimney.

The good news is that there’s a better option available to you. You can extend the life of your chimney by making sure that a professional is cleaning it and examining it for problems on an annual basis. Why annual? It will allow even the smallest of issues to be caught early on. Every winter, you are using your fireplace regularly. As such, it only makes sense to have a chimney sweep come out on an annual basis.

The Chimney Safety Institute of America (CSIA) also has recommendations on how to hire a chimney sweep to ensure you have a professional working in your home.

When you’re ready to schedule this preventative maintenance, contact All Pro Chimney today.