In this blog, we will go over what takes place when replacing the concrete crown.  Concrete crowns must be replaced when the original crown has failed and cannot be sealed. 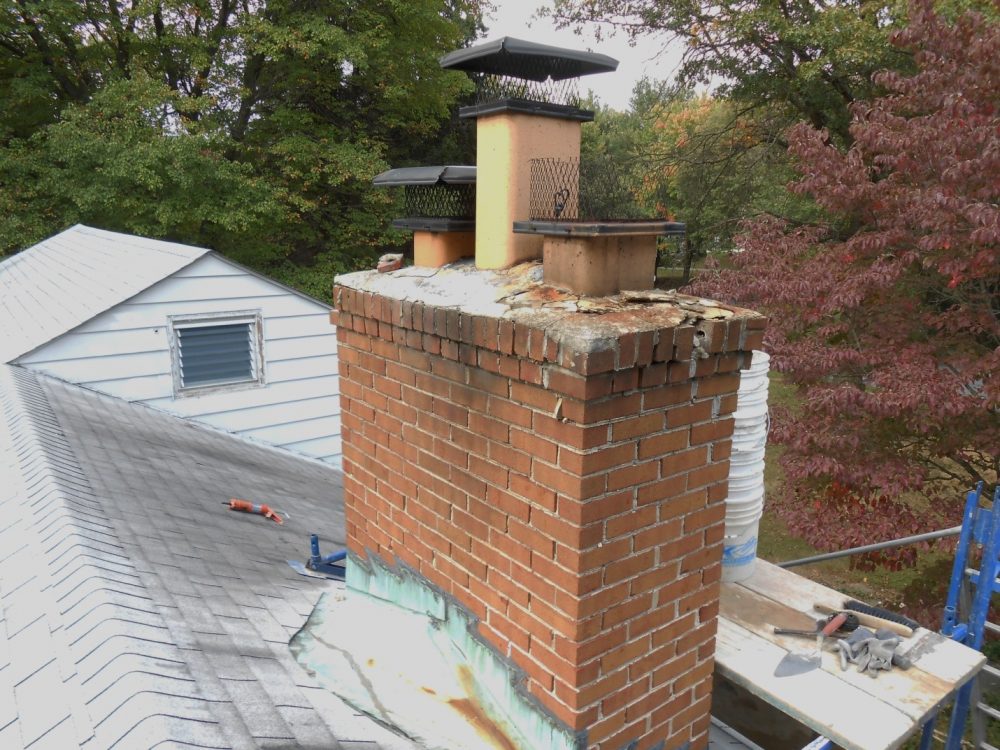 The original crown was cracked and caused leaking into the fireplace. Another company came out to seal it, which was the appropriate fix for the problem, but the product they used did not hold up. The sealant cracked and peeled, and as a result, the leak came back, and the original crown got worse and needed to be rebuilt. Fortunately, the case in the picture was not as bad as a previous job that required rebuilding the chimney. .

We removed the existing crown and cleaned off the surface thoroughly.  Then we apply the base layer of concrete after brushing on the bonding agent to the surface area, and then we set wire mesh on top to reinforce the crown. 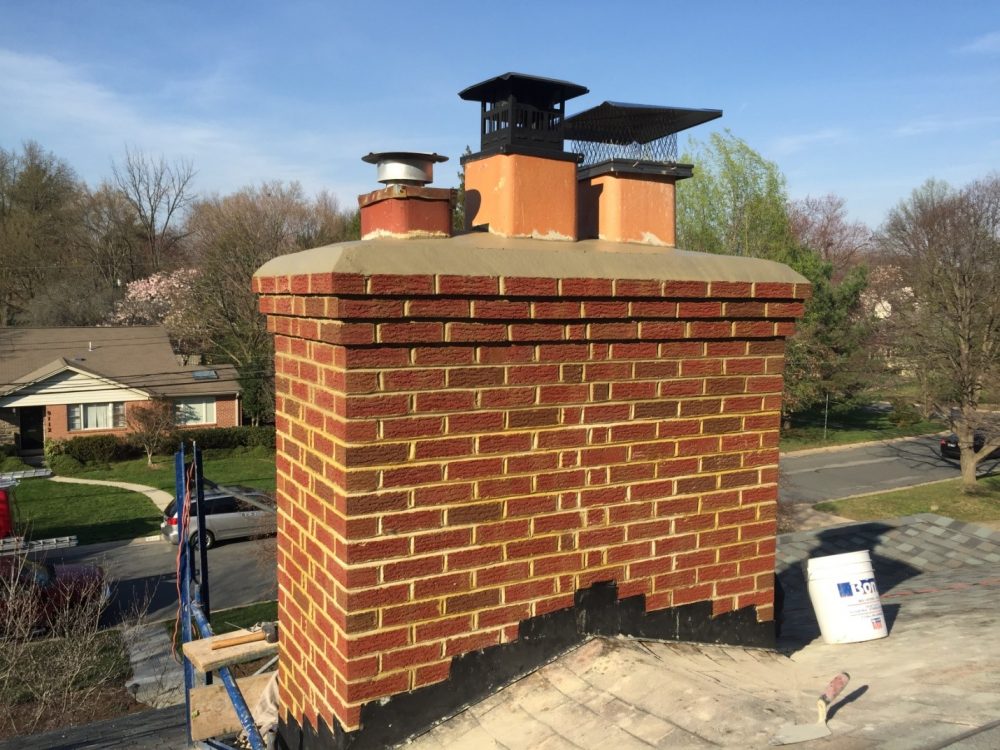 Here is the new concrete crown. We also reset one brick on the corner and tuck pointed the 3rd course below the crown with a pitch to allow water to run off instead of sitting on the blocks. The roof was cleaned and washed afterward.

Stay tuned for part 3 in our chimney crown repair series: Floating Cast Chimney Crowns.  If you are in need of chimney repairs, please consider our company.