What to Do in Case of a Chimney Fire

A chimney fire is a severe event that every homeowner should be prepared for. Chimney fires can cause extensive damage to your chimney and even lead to a total loss of the structure.

A chimney fire can be a frightening experience that can result in damage and loss. But if you know what to do, you can minimize the damage and get your chimney back up and running safely.

On this blog, you’ll find out everything you need to know about chimney fires, including how to respond if one occurs.

1. Make sure everyone is out of the home

In matters of fire safety when using a chimney, the best course of action is caution. If you notice sparks are flying out of your chimney, there’s a high possibility that you’re experiencing a chimney fire. As mentioned before, a chimney fire can lead to a total loss of the structure. This means that everyone should be safely outside before they do anything else.

That being said, the best you can do is remain calm. There is nothing good about acting harshly in an emergency. Help everyone to evacuate calmly and quickly, and be sure to tell them not to return until the fire department has given you permission

As soon as everyone is safe and out of the house, dial 911 and call for help. Calling emergency services right away will give you the best chance of putting out chimney fires. Firefighters are with the tools needed to extinguish them quickly and safely.

Let us know how can we help.

3. Extinguish the Fire (Only If Possible)

If you have followed steps 1 and 2 already and the situation has not yet escalated, you could help prevent it from going further by using a fire extinguisher agent. Do not throw water on a fire in the chimney since this can create a steam blast and potentially hurt you. Then, please exit the premises and wait outside at a considerably safe distance and away from windows.

However, the best you can do in the case of a chimney fire is to call 911. They are the experts and have all the tools and knowledge necessary to put out the fire safely. 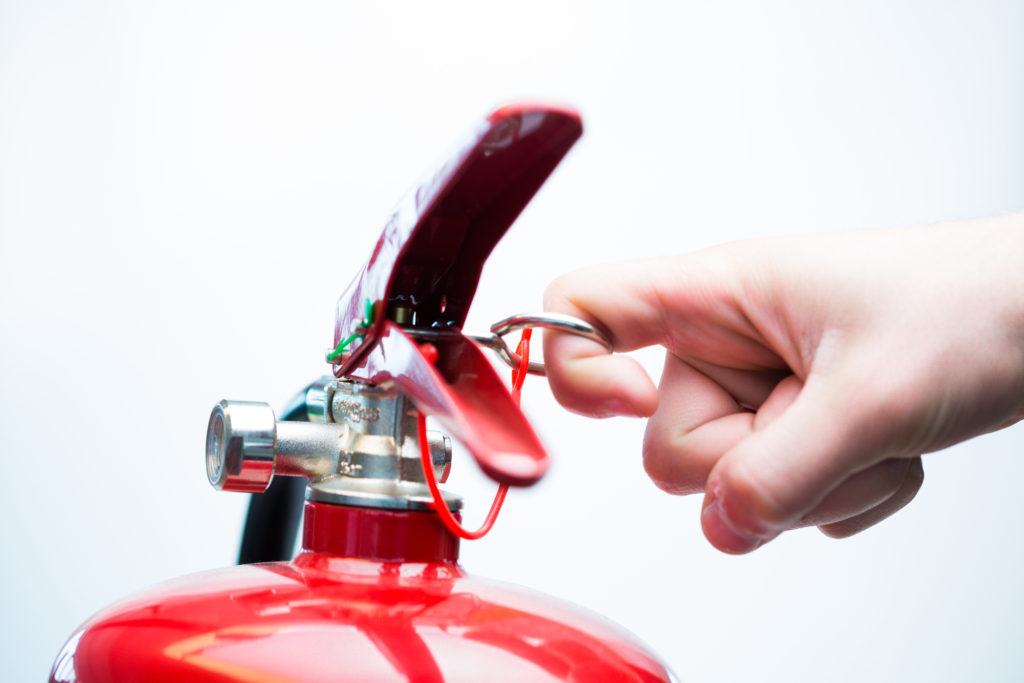 When the crisis has passed, it is vital to verify the state of your chimney. Be sure to call your local chimney company to have a professional chimney inspection before using your fireplace again. An inspection is highly recommended after a chimney fire because, during a chimney fire, the excess heat may create cracks in the flue lining.

One of the most common reasons for chimney fires is the lack of proper chimney maintenance Chimney. This will lead to excessive creosote build-up on the interior wall of the chimney. It increases the risk of chimney fire exponentially due to its flammable nature. Professional chimney companies like ours can help you remove all the creosote inside your chimney before the next heating season.

Yes, many chimney fires happen due to excess creosote, but it is not the only by-product of not scheduling your annual chimney sweep and inspection. Other chimney problems that can cause chimney fires are: 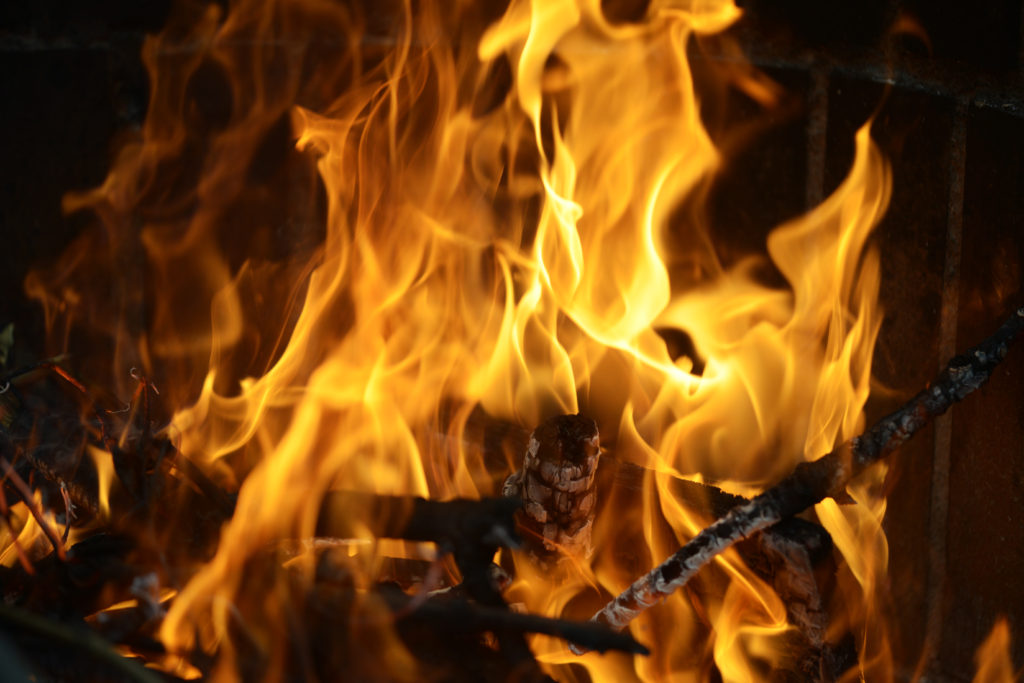 According to the CSIA (Chimney Safety Institute of America), most chimney fires are caused by a dirty chimney. That is why we recommend you have your chimney inspected and swept at least once a year. This will prevent creosote build-up and ensure that the chimney is in a good state and ready to use during the heating season.

There are some tips you can follow to ensure prevention and safety:

How to Know if You have had a Chimney Fire?

Massive and sudden chimney fires that engulf a whole house and can be seen from anywhere in the neighborhood do happen, but they are not as common as

you may think. The majority of chimney fires are silent and take a long time to develop. The only sign that it happened is the damage left behind.

It is true that the majority of chimney fires usually go undetected or are found out only after a professional inspection has happened. This typically occurs when they are slow burning and don’t get enough air to be as loud or visible as more severe cases. They are not to be underestimated since they both can reach high temperatures causing structural damage to your chimney.

To know if our chimney has gone under any unnoticed fire, we can check for some common symptoms such as:

If you’re experiencing a chimney fire, the best course of action is to call the local authorities before attempting any kind of self-rescue. If this isn’t an option, or if it’s too late for that, then try and get out as quickly as possible while keeping your head low so you can avoid smoke inhalation. Leave on all clothing layers because they’ll help insulate you from heat and provide some protection against burns. Finally, always keep in mind that your home may be filled with combustibles like furniture or curtains – these could also catch on fire once again when exposed to oxygen after being sealed up tight by thick smoke for long enough. Always stay safe!