During a recent chimney inspection at a home in Rockville, MD, we discovered that chimney liner needed to be replaced.  The homeowner quickly asked, “So, what’s a flue?”  We were glad that the homeowner asked that question.  It shows that the homeowner cared enough to want to know everything that is happening with their chimney.  Most people don’t give much thought to their chimneys, thinking of them as simply a low-tech invention which funnels smoke out of their homes. But in reality, a chimney is an evolved structure with several essential components that work together to move smoke and heat safely and efficiently out of your house, and one of the most important of these parts is the flue or liner. Your chimney integrity and maintenance is critical to fire safety, that is why you should always have your chimney professionally inspected and clean by your local fireplace services company.

What Is A Chimney Flue, And What Does It Do?

The Chimney Safety Institute of America defines a flue as “a clay, ceramic, or metal conduit installed inside of a chimney, intended to contain the combustion products, direct them to the outside atmosphere, and protect the chimney walls from heat and corrosion.”​
​ 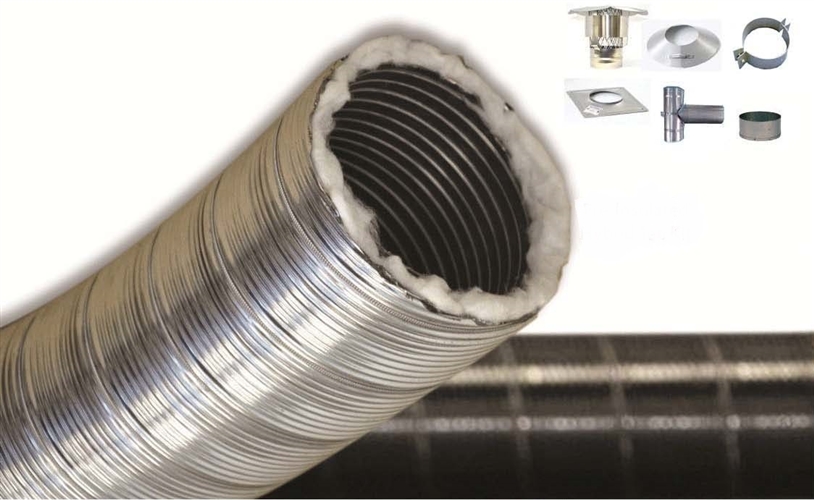 At one time, most chimneys were constructed without a flue liner, but because of safety concerns, most local building codes now require one to be installed. Various tests conducted in the mid-20th century showed that unlined chimneys did a poor job of protecting a structure from fires and damage. Without a flue, the heat was transferred rapidly to the surrounding wooden structure, setting them aflame in as little as a few hours. The chemicals released by combustion can act directly on the brick, stone, and mortar, causing rapid deterioration and failure of the chimney, and possibly releasing deadly carbon monoxide into the home. A flue liner also allows for the correct sizing of the chimney configuration and a proper draft, which is necessary for efficient combustion and prevention of the buildup of creosote in the chimney, which can lead to fires.

There are three basic types of flue liners used today:

Your chimney flue is very important to the safety of your home and family, and to the useful life of your chimney. It’s a good idea to have your chimney inspected and cleaned at least once per year, especially before cold weather arrives. That way if any damage is found, you can get it repaired in order to start using your fireplace or woodstove immediately.  If you are concerned if your fireplace needs to be repaired or not, here are 6 signs that you need chimney repair.

All Pro Chimney Services operates in Washington D.C., Virginia, and Maryland. Contact us today for an estimate.